The final five pop a toast

What better way to celebrate being part of the final five Housemates in the Lockdown House than with a toast. Neo, Dorathy, Vee, Laycon and Nengi toast to their journey thus far.

Trikytee and Ozo are Evicted

It is the second last Sunday in the Big Brother Naija Lockdown House and tears of joy and sorrow flow as the Housemates say goodbye to Trikytee and Ozo.

We were down to the Top 5 tonight as Trickytee and Ozo were Evicted from the Big Brother Naija Lockdown House! As usual, here is a rundown of how that went down: 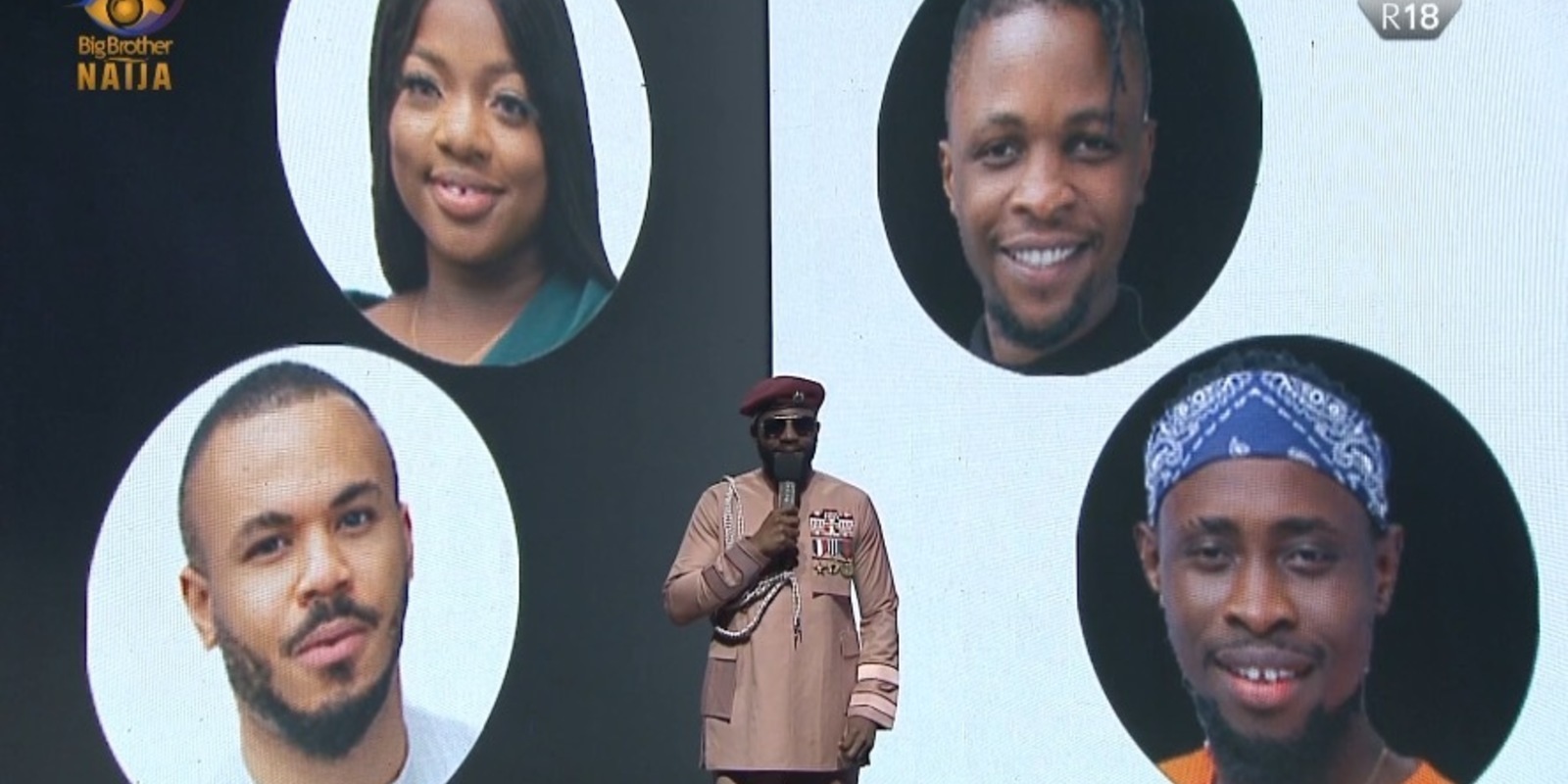 Tonight our handsome host was dashing as he rocked a one of a kind creation by none other than Ugo Monye! He began by welcoming the Housemates moving quite swiftly to the first Eviction. After getting a tip-off from Biggie we quickly realised that there would be another Eviction which he dutifully undertook.

The Housemates said goodbye to Ozo and Trikytee tonight which was very emotional for some Housemates and some of our viewers. 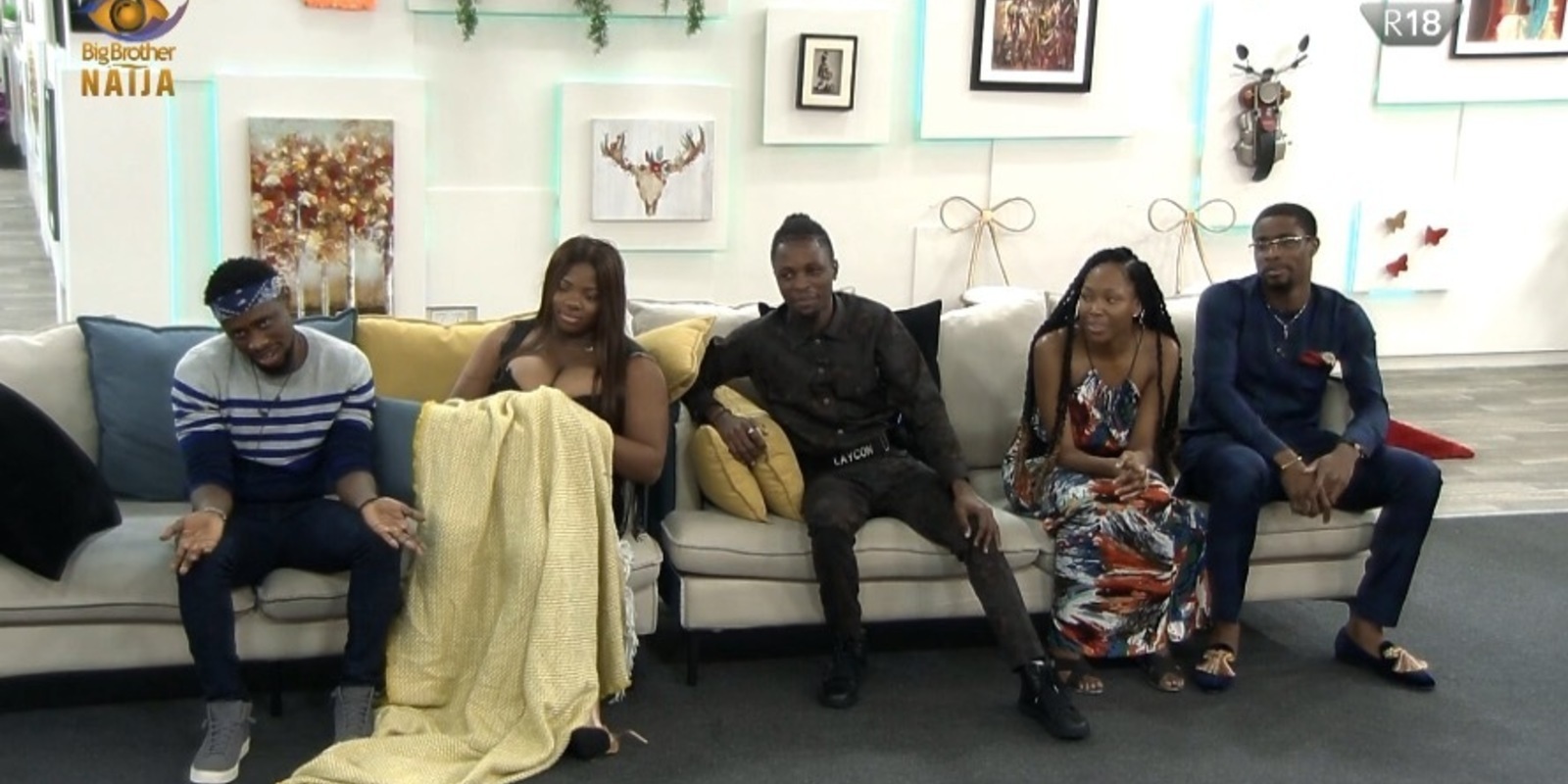 A word from the House

Nengi said the week had been up and down due to her and her ‘closest person in the House’ experiencing differences as they got to know each other better. Neo said the reason he told Ozo to free Nengi a little bit was so that she could have room to miss him. Vee told Ebuka that everyone had their chance to nominate Housemates in their groups and it was not necessarily about winning people over- though, she was shocked that she won her team over. Dorathy was very nervous and told Ebuka that she felt like it was such a coincidence that the couple was safe, saying she felt played. Ozo was not disappointed that the rest of his team did not agree with his nomination choices. 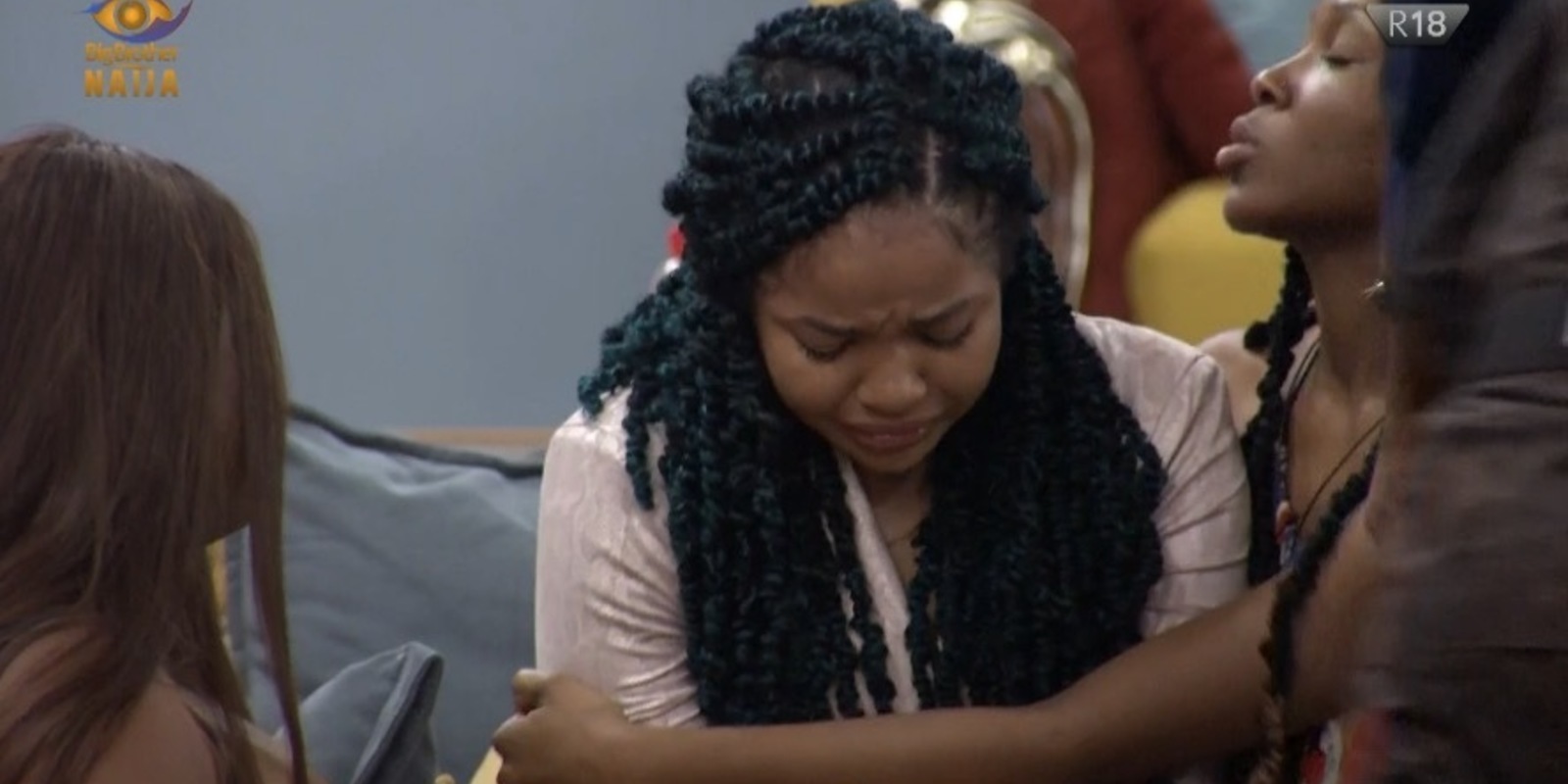 Goodbye from our Evictees

In his interview Trickytee told Ebuka that the Housemates kept saving him because he was himself, saying that it was not deliberate that he was close to certain people in the House. He did admit to having a soft spot for Wathoni and Dorathy. Trikytee plans to stay on his journey as a filmmaker and to make more music in the near future.

You can watch Trikytee’s journey here:

Ozo explained that he got close to Nengi around the time of his birthday when they resolved their differences. He was very passionate about his plans for the future telling Ebuka that he was going to pursue sports development. He felt that through sports development more jobs would be created. Before he left, Ozo extended the Vote of thanks he wanted to give as his winning speech, thanking his dad, mom, sisters and the organizers for all their support.

Take a look at Ozo’s journey:

We are just seven days away from the final crowning glory! Voting is extended as we enter our final stretch.

Dorathy and Ozo chat to Ebuka

Dorathy straight up says that she feels played by Vee and Neo and Ozo is a bit more diplomatic, saying that he could not impose his will on the team.

Nengi, Neo and Vee catch up with Ebuka

Nengi calls Ozo her “best friend”, Neo doesn’t feel that Nengi is using Ozo and Vee eventually admits that she was surprised that she won Laycon and Trikytee over to Nominate Ozo and Dorathy.

Is this the last one?

Tonight marks the last Live Show before the finale. The Big Brother housemates who were facing eviction got the chance to chat with Biggie one last time.

Here is the hottest ginger from the conversation they had.

Tonight marks the last Live Eviction Show before the Finale on Sunday 27 Septemeber and Laycon, Ozo, Dorathy and Trikytee are all up for possible Eviction. They got the chance to chat with Biggie and here is the hottest ginger from the conversation they had.

Our musician Housemate shared with Biggie during his Diary Room Session that he was feeling tense and scared for the first time and he can’t wait for the Eviction process to be over. He shared that getting to the Finale is his goal and this is what makes this Eviction so nerve-racking for him. Laycon’s choice of who he thinks will be going was Trikytee and Ozo, but he tries not to focus on anyone else but himself.

Ozo shared with Biggie that this latest Eviction process has made him worried and tense, but he is still appreciative and grateful to have been part of the Big Brother process. He also shared that everyone who has made it this far is there for a reason, and his reason was that it brought him out of his shell. When asked about who he thinks isn’t going to be around on Monday, he answered Laycon and Trikytee. He closed off by sharing that he knows that his situation with Nengi is far from ideal but he is happy he met her.

Dorathy shared with Biggie that she is always nervous on Sunday’s and has been so since the first week. She also told him that her faith will see her through again. When asked who is going home she couldn’t immediately answer, but after being pressed she offered Trikytee and Laycon as possible candidates. She closed off by mentioning that she feels grateful to have been a part of the Big Brother Naija Lockdown for as long as she has.

The Housemate to survive more Evictions than any other shared with Biggie that he feels tense and thinks that he is hanging on by a thread. He also feels that he is the captain of the Eviction class, but realistically still feels hopeful. He struggled to pick who should be headed home because all the Housemates according to him are great. If push came to shove he bets that Laycon and Ozo will be joining Ebuka on stage to say goodbye. In closing, he mentioned that no experience can beat being on Big Brother and his expectations were surpassed.

With Eviction weighing heavily on the Housemates’ minds, it’s no surprise that they are tense. Since Live Show will put some of the Housemates out of their misery and others into a state of ecstasy, the only thing we can do is watch and see how it all turns out.

Advertisement
Related Topics:ampBBNaijaBowDayFinalistsGengHailLockdownOzoShowTrikytee
Up Next

The high-stakes family drama is written and created by Abby Ajayi (How to Get Away With Murder, Inventing Anna) and stars Deborah Ayorinde (Them, Truth Be Told), Hugh Quarshie (Absentia), Sarah Niles (Ted Lasso, I May Destroy You), Adeyinka Akinrinade (Top Boy, Temple), Ola Orebiyi (Cherry, A Brixton Tale), Nneka Okoye (Grantchester, The A List), and Emmanuel Imani (Cobra, Black Earth Rising).

Riches follows the exploits of the stylish, privileged, super-successful Richards family. When Stephen Richards (Hugh Quarshie) passes suddenly, the family’s world comes crashing down. As his business hangs in the balance, his different sets of children are about to collide as they vie for control.

The series is produced by Greenacre Films in association with Monumental Television, and commissioned by ITV. Amazon Studios is co-producing in the U.S., Canada, Australia, New Zealand, Nordics, and Sub-Saharan Africa.

Nadine Marsh-Edwards (Unsaid Stories, Been So Long), Amanda Jenks (The Girl, Been So Long), and writer/creator Abby Ajayi serve as executive producers for Greenacre Films, and Alison Owen (Ghosts, Harlots, Murder in Provence) and Alison Carpenter (Ghosts, Harlots, Yonderland) are executive producers for Monumental Television. Riches will be produced by Yvonne Francas (The Syndicate, Our Girl, Death in Paradise) and directed by Sebastian Thiel, Ajayi, and Darcia Martin. Banijay Rights will be responsible for international distribution on behalf of Greenacre Films.

Prince Harry and Meghan Markle are set to share an unprecedented look at their lives outside the palace in an upcoming Netflix documentary titled “Harry & Meghan,” nearly three years after stepping down from royal duties.

“Harry & Meghan,” directed by the critically acclaimed, two-time Academy Award-nominated, and Emmy-winning Liz Garbus, is a never-before-seen look at one of history’s most-discussed couples.

In this unprecedented and in-depth documentary series, the Duke and Duchess of Sussex share the other side of their high-profile love story. Across six episodes, the series explores the clandestine days of their early courtship and the challenges that led to them feeling forced to step back from their full-time roles in the institution. With commentary from friends and family, most of whom have never spoken publicly before about what they witnessed, and historians who discuss the state of the British Commonwealth today and the royal family’s relationship with the press, the series does more than illuminate one couple’s love story; it paints a picture of our world and how we treat each other.

“No one sees what’s happening behind closed doors,” Harry says in the teaser. “I had to do everything I had to do to protect my family.” The teaser contains clips of the royals in vulnerable moments.

Watch the teaser below:

“I Stayed With Him When He Had Nothing”: Lady Shares Transformation Video of Her & Boyfriend in Car

“Black Panther: Wakanda Forever”‘s Opening Weekend is the Biggest  of all Time in West Africa

#BNxBBNaija7: “I found out I was going in as a fake housemate the day I went into the house” – Modella says

Don’t Miss this Episode of “The Frankly Speaking Podcast”

Nana Tornado   Nana Tornado, who is a known rival of showbiz personality Afia Schwarzenegger, has been trolling her since...

Kim Kardashian and Kanye West   American rapper, Kanye West, has revealed what destroyed his marriage with his estranged wife,...

Diego Alonso   After being eliminated from the World Cup despite a 2-0 win against Ghana last Friday, Uruguay coach...