“FC Barcelona has relieved Ronald Koeman of his duties as first team coach. The president of the club, Joan Laporta, informed him of the decision after the defeat against Rayo Vallecano,” the LaLiga club said in a statement.

“Ronald Koeman will say goodbye to the squad on Thursday at the Ciutat Esportiva.”

FC Barcelona wishes to thank him for his service to the Club and wishes him all the best in his professional career..

Barcelona are ninth in LaLiga on 15 points from 10 games, six points behind leaders Real Madrid who beat them 2-1 at the Camp Nou on Sunday.

They are third in their Champions League group with three points from three matches after suffering 3-0 defeats in their opening two games against Bayern Munich and Benfica.

Barcelona are five-times European champions and the results marked the first time in the club’s history that they had failed to score in their opening two European games.

Koeman, who spent six years with Barca as a player, was brought back to the club in August 2020 by former president Josep Maria Bartomeu.

New chief Joan Laporta, however, frequently made it clear that the Dutchman was not his appointment.

The duo had an uneasy relationship, with Koeman last month releasing a statement calling for him to be given time to rebuild after losing Lionel Messi and Antoine Griezmann in the transfer window.

However, that wish was not granted and the club will now seek a replacement for the 58-year-old.

Local media reports suggest that former midfielder Xavi Hernandez, who is currently in charge of Al Sadd in Qatar, and Belgium coach Roberto Martinez are the front runners for the role.

Related Topics:
Up Next

Gareth Bale of Real Madrid, Antoine Griezmann of Atletico Madrid, Eden Hazard and Karim Benzema made up the top four highest salary receivers in the LaLiga.

Speaking about the chat, Marca journalist, Jose Felix Diaz said, “On the tax issue, there is nothing to do.

“It is a state issue. In Spain, a tax improvement is not going to be considered.”

To give an example, a footballer plying his trade at Real Madrid must pay 45.50 percent of his salary in taxes, while this rate is set at 50 percent in Barcelona.

Sergio Busquets is Barcelona’s highest-paid player, while Gerard Pique and Jordi Alba recently agreed to modify their salaries by accepting a pay cut. 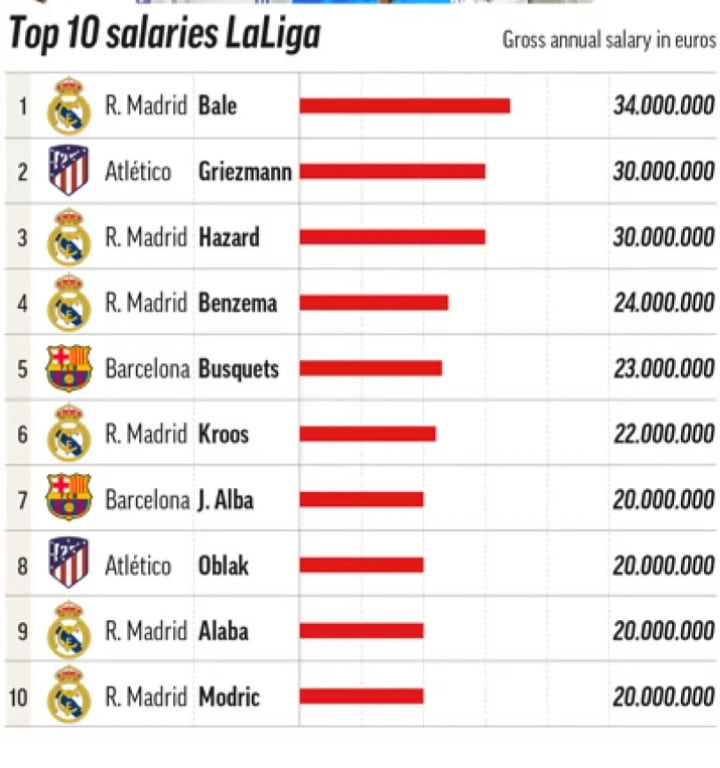 Akin Alabi described the country’s sports ministry under the leadership of Dare as ‘disgraceful’ after Ghana beat Nigeria to qualify for this year’s World Cup in Qatar.

He said the organization prior to Nigeria’s tie with Ghana shocked him.

Ghana had played a 0-0 draw against Nigeria in the first leg in Kumasi last week.

The Black Stars also drew 1-1 at the MKO Abiola Stadium in Abuja on Tuesday, to qualify for the World cup

The team won the match on the basis of the away goal rules following goals from Thomas Partey and William Troost-Ekong.

However, reacting to the development, Akin Alabi, in a tweet via his Twitter handle, @akinalabi, said: “I’ve seen my team lose many times and I accept it as part of the game. I was at the stadium today and the organization shocked me more than the result.

Angry FUTA students mob bully who has been terrorizing students in the school; give him energy drink so he can receive more brutality (Video)

A Nigerian man took a lot of Twitter users by surprise when he revealed on his page how he slept...

Mixed reactions have trailed a video of a groom crying profusely at his traditional wedding ceremony that held recently. In...

Female soldiers filmed on tape twerking in their uniform (video)

A video trending on social media captures the moment some female soldiers were twerking in their military uniform. In the...